Archaeological excavations have found that the island has been inhabited since the Neolithic Age.  Homer first mentioned the island in the Iliad and the Odyssey. Zakynthos was the first independent democracy in Greece.

The island has been occupied by the Romans, Ottomans, Venetians, the French and British and finally returned as part of Greece in 1864.  It’s darkest and perhaps greatest moment came under the Occupation.

During World War ll, Zakynthos was first occupied by the Italians, after Mussolini’s fall to the Allies, the island fell under German occupation on 9 September 1943.

Zakynthos had a population of 275 Jews at the time of the German occupation. The Nazis demanded that the mayor, Loukas Karrer provide a list of the names of all the Jews of the island.  Mayor Karrer went to Bishop Chrysostomos for help.  Bishop Chrysostomos pleaded on behalf of the Jews stating that they had done no harm and did not deserve to be deported.  When the Nazis still demanded the names of all Jews.  Mayor Karrer and Bishop Chrysostomos gave the Nazis, a list stating ‘Here is the list of Jews you required’.  The list contained two names, the mayor’s and the bishop’s.  They then proceeded to warn the Jews to hide in the mountain villages where they were sheltered and protected by the Greeks of Zakynthos.  At the end of the war, all the Jews of Zakynthos survived.

In 1978, Yad Vashem, the Holocaust center in Israel awarded Bishop Chrysostomos and Mayor Loukas Karrer with the title of ‘Righteous among the Nations’.  This honour is awarded to non-Jews who saved Jews during the Holocaust in spite of the risk to their own lives.

In remembering the Jews who perished, I also wanted to remember the Greeks of Zakynthos and their act of valour in standing up for their fellow human beings, the Jews of Zakynthos. 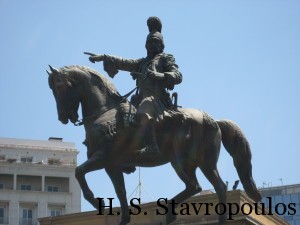 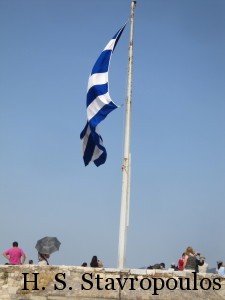 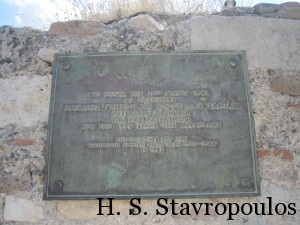